How to choose a router for home and business

How to choose a router for home and business 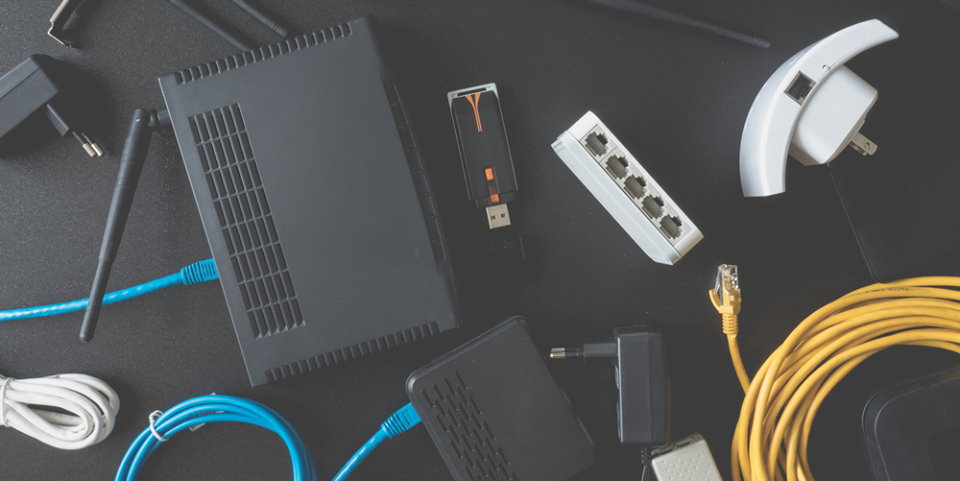 Are you planning to get a new router? We support this decision! Today's article will help you choose the model that will be your best network organizer. Read on to find out if the number of antennas really matters, how to select the frequency range, and what exactly you should pay attention to.

What is a router and how does it work

A router is a network device for organizing the exchange of packets, in other words, routing traffic. Its task is to combine the home / office local area network with the global one and ensure data exchange between them.

Routers are designed to organize wired and wireless networks. When we say “router”, we mean a Wi-Fi router, but in fact there are routers without this function. 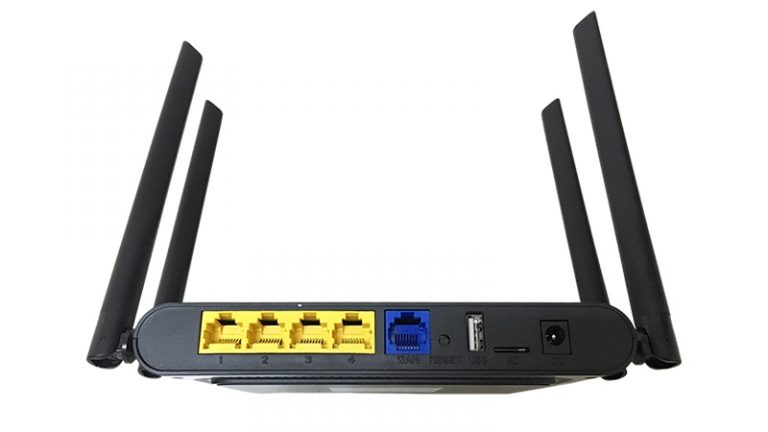 What to focus on? Main characteristics of the network

Routers today are small computers with processors and RAM that run their own operating systems. Therefore, in the specifications you will find a lot of characteristics, many of which, most likely, are absolutely uninteresting to you.

Let's see what we would like from a router, foremost?

“It doesn’t slow down, and the internet reaches the balcony / toilet / garage.”

Thus, speed and range are important to us.

To get high speed, you need to pay attention to:

If there are many square meters in the house / office, firstly, think about the correct location of the device, and secondly, look at the specification for:

Here we have determined what parameters you need to focus on. Now let's take a closer look.

How many antennas do you need?

As you can see, the number of antennas does not determine the coverage area. But this does not mean that you can safely take a router with one antenna. Two antennas are the best choice for an average apartment and a tariff up to 100 Mbps.

Have you already guessed that mainly the number of antennas affects the speed? The more antennas, the more "comfortable" is the network for numerous devices.

In fairness, it should be noted that antennas do affect the range of signal propagation, namely, their gains. The more decibels, the further the signal "beats". But do not get carried away. Inexperienced users often follow the recommendation to “turn up the antenna gain to the maximum”, and then wonder why it got even worse.

The fact is that when you connect your device to the router, not one, but two channels are created. The router transmits one at a time, and receives the other. When the gain is increased, only the transmitter power increases, but not the receiver's. Because of this, it is very difficult for connected devices to “break through” to transmit information.

Also note that if you installed a powerful router with 4 antennas, connected gigabit Internet, but connected from your phone, the speed will still not be high enough, since smartphones have only one antenna.

The maximum reception speed of the smartphone does not exceed 200 Mbps. Such an indicator is possible when broadcasting in the 5 GHz band according to the 802.11.ac standard.

Tablets and laptops have two antennas, things will be fare better with them.

In addition, increased gains cause many problems in apartment buildings. Signals interfere with each other and overload the air. It is precisely because the router distributes a signal on a busy channel that most often slows down the internet in high-rise buildings. We paid attention to this issue in the article about speed.

Therefore, do not chase after the gain of the antennas, but you should not forget about their number when choosing the standard of the device.

First, let's briefly return to overloaded channels. This problem is directly related to broadcast frequency bands. There are two of them in modern household routers: 2.4 GHz and 5 GHz.

The first is supported by all devices, it is more common. The maximum speed that can be achieved in this range is 150 Mbps.

In apartment buildings, several networks often broadcast on one channel at once. It turns out such a hodgepodge:

This is exactly, what the interfering networks and overloaded channels look like, which we wrote about earlier.

Let's look at the 5 GHz band. There are many more available channels (23 channels at a distance of 20 MHz), which means that the air is less loaded. Theoretically, the maximum speed reaches several gigabits per second. Not all user devices support reception at such broadcast frequencies, so it is much less often set in the settings.

Accordingly, most channels will be free if checked.

As you can see, these frequencies are completely unloaded, so it is better to choose a dual-band router. Even if not all of your devices currently support 5 GHz, it will be possible to create two independent networks on different frequencies.

Please note, that the 5 GHz signal is more attenuated and is not suitable for indoor environments with many signal obstructions.

Manufacturers specify speeds not considering interference, distances, and receiving equipment, which is why the numbers are so different.

If high speed is important to you, choose a router that supports all three modes (the specifications will indicate 802.11.b/g/n/ac). In the settings, set the ac mode and the 5 GHz frequency band if you are sure, that all your devices will be able to work in such a network. If the router has at least two antennas, and there are no serious obstacles to the signal, high speed is guaranteed.

Most often, routers have 4 LAN ports. This means that you can connect 4 devices with patch cords. By the way, we recommend choosing just such a communication channel for Smart TV and set-top boxes.

If you are in an office environment and need to connect more devices, consider devices with 8 or 16 ports. But ideally, to organize a local computer network of 5 or more devices, you need a switch.

Also consider whether your new router needs a USB port. More about it here.

Many modern models support several modes of operation. For example, you are not going to throw away your old router and want to provide more coverage with two devices.

Then pay attention to the operating modes of the router in its characteristics:

Repeaters and access points are not necessarily routers; there are devices for exactly these tasks. But if your previous router is not broken, and you live in a big house, you can connect it to the new one, set the access point mode and expand the coverage.

What have we forgotten?

Safety! You can't forget about it. Look for the latest WPA2 encryption standard in the specifications of the device you purchase. This allows you not to be afraid of losing data if third parties connect to your network. And to prevent the connection from happening at all, protect the network with a strong password.

Some routers also have built-in firewalls to protect against network hacking. Their main disadvantage is that they can interfere with the operation of the multicast (IPTV) function. If you have children, pay attention to the presence of the parental control function.