How not to get tangled in wires. Types of network cables

How not to get tangled in wires. Types of network cables

Do you want fiber directly to the apartment? Are you sure this is a good idea? Let's talk about how different types of network cables are used, and what advantages and disadvantages they have.

The speed and stability of signal transmission directly depend on the medium of its propagation. Despite the rapid development of wireless technologies, cable networks still provide maximum speed and noise immunity.

Wires can be shielded or unshielded. The shield provides protection against interference and aiming. In addition, the cable may include one or more cores. All these characteristics affect the signal flow, the cable’s cost and its installation.

A coaxial cable consists of a single copper core in a thick dielectric and outer insulation. 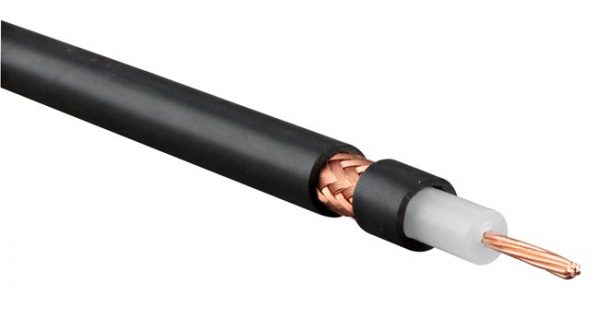 This «old-timer» of building local networks is the most resistant to mechanical damage, but today it is practically not used in computer networks. It's all about the limited data transfer rate — only 10 Mbps. In addition, coaxial cable is not the cheapest and is strongly affected by neighboring electric fields. Today it is not used in computer networks, but it is widely used in cable television networks.

The advantages include high strength and the ability to transmit data over long distances. Cable shielding allows you to effectively get rid of interference. Also, installation does not require special tools and skills.

The maindisadvantages are low bandwidth, high cost and a small number of network cards that still support this type of cable.

Twisted pair is actively used today in building home and administrative local networks because of its good bandwidth (100 Mbps — 100 Gbps) at a low cost. The cable consists of four (8-wire) or two (4-wire) twisted pairs of copper wires insulated with PVC. The bandwidth for 4 cores is up to 100 Mbps, and the cable for 8 cores is used to connect the gigabit Internet. 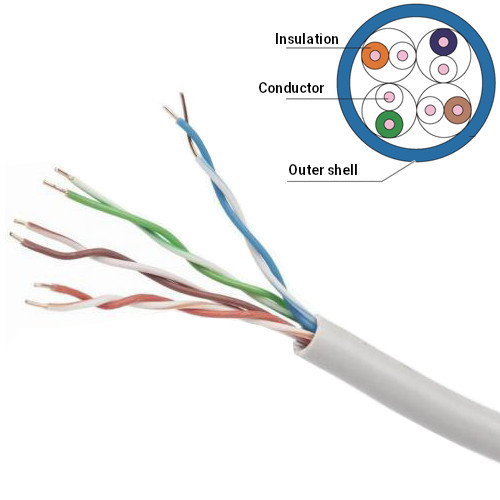 Twisted pair can be unshielded or shielded. In building networks using this type of cable, there is an important rule: they can connect devices that are no further than 100 meters from each other.

The higher the number, the more pairs of wires and the higher the bandwidth. For a speed of 100 Mbps, you need a twisted pair cable of at least CAT 5, for 1 Gbps — at least CAT 5e. When choosing a cable, it is advisable to dwell on copper conductors. For outdoor use, twisted pair cable designed for laying indoors should not be used; its insulation will not withstand the effects of external factors.

The main advantages of twisted pair are: high bandwidth, easy installation due to the flexibility and small thickness of the cable, low price, and easy repair.

The disadvantages of the design include the low length of the connection and complete insecurity in the absence of a screen.

It is worth noting that all the network cables described above are significantly inferior to fiber optic cables. It is increasingly used when connecting home Internet. The signal in such a cable is transmitted not in the form of electrical oscillations, but in the form of light waves traveling through glass or plastic cores, reflecting from their walls. 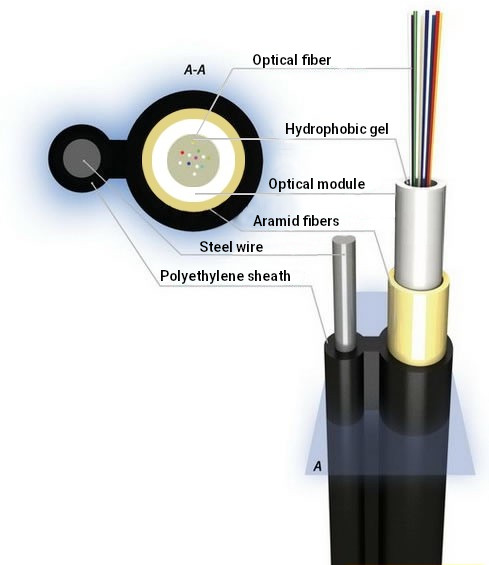 This form provides the signal with immunity to any interference, however, it greatly complicates the installation and requires special operating conditions. The cable must not be bent at an angle less than specified in the specification, it must not be accidentally placed on a sofa and it must not be bitten even a little by a dog.

The problem of rupture is eliminated only by welding. Most custom network cards do not support fiber, so you need to buy additional equipment (media converter, sfp module).

Advantages: speed is limited only by the capabilities of network equipment; connection length is tens of kilometers; maximum security of transmitted data; maintaining performance under extreme influence on it (for example, during a lightning strike); no influence of electromagnetic interference; no value to vandals, which reduces the risk of its theft.

Thus, the described types of cables are ubiquitous, and each of them performs its role in building networks. But even today, fiber-optic cable designs are becoming increasingly popular due to the fact that they have significant advantages and at the same time cost no more than twisted pair. You can read about the technology of optical networks, which is predicted to have a great future, in our article «PON: Internet accessible to everyone».