What you really shouldn't do in a thunderstorm

What you really shouldn't do in a thunderstorm

If you laugh at people who run from one outlet to another during a thunderstorm, pulling out the plugs, while you yourself continue to surf the Internet at your computer, we have bad news for you. You can ignore the security measures that we will talk about today only if you have long wanted to start a fire in the house or change all electrical appliances.

A thunderstorm is called one of the most beautiful and dangerous natural phenomena. Scientists agree that lightning strikes are formed in clouds due to the friction of water droplets and ice floes. This phenomenon can be compared to the generation of static electricity that we can observe after combing hair, only millions of times more powerful. 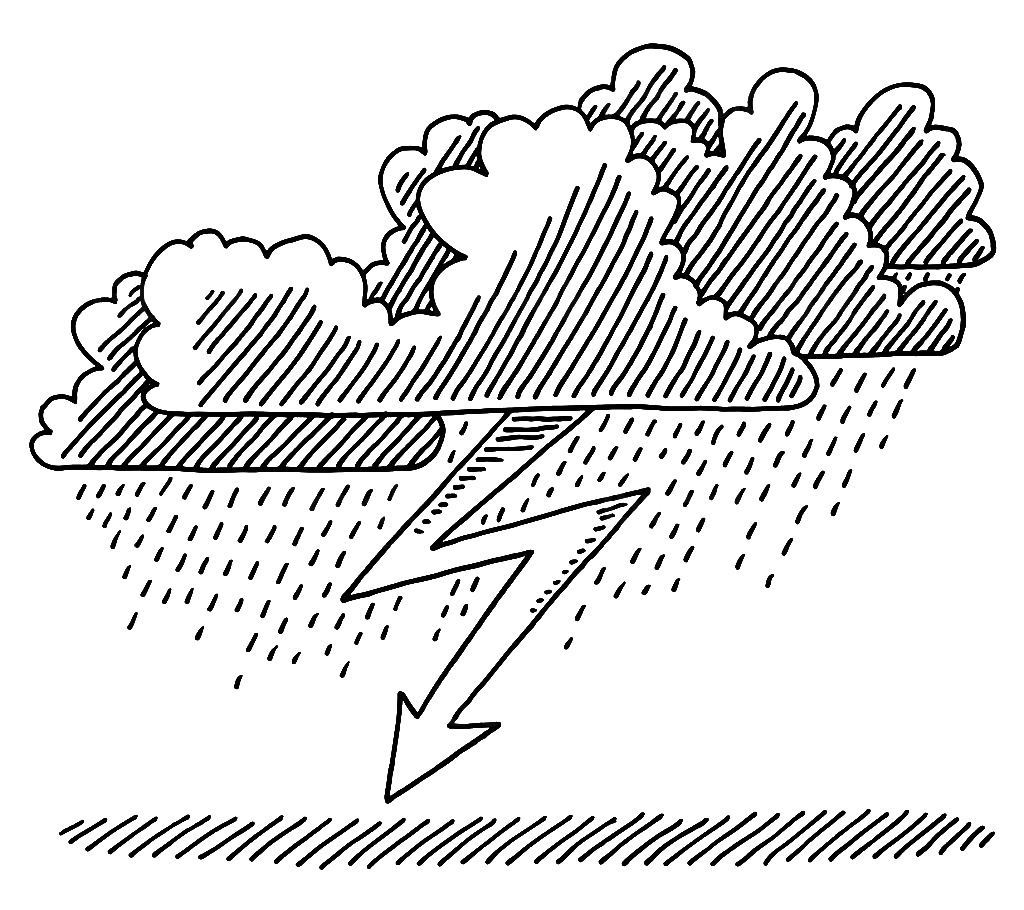 Lightning discharge voltage is tens of millions of volts.
Current — up to half a million amperes.
The temperature — is up to 30 thousand degrees.
About8 million lightning strikes the Earth every day.
The probability of a point lightning strike for a person is 1 in 600,000.

What is the danger

In most cases, it is possible to explain why the lightning hit a certain point. The discharge follows the path of least resistance, choosing a place where it will be easiest for charged particles to spread. Therefore, stand-alone buildings and trees are primarily affected. It is extremely rare that there are cases in which the place of the discharge is random.

The consequence of a thunderstorm is usually the induced voltage in the network that occurs when a lightning strikes at a short distance. The magnitude of this voltage depends on the impact power and the cable length. To prevent the impact of surges in the network on electrical appliances, it is recommended to use special equipment - lightning protection. It is of two types:

If lightning hits a power line, the voltage can rise to a million volts for a split second. Not a single device will protect against such a jump, so you should turn off the devices from the outlet.

Network devices «suffer» in a thunderstorm no less than other electrical appliances. Danger threatens devices connected via twisted pair (optical fiber does not contain conductive materials). Lightning protection of Internet networks provides for: 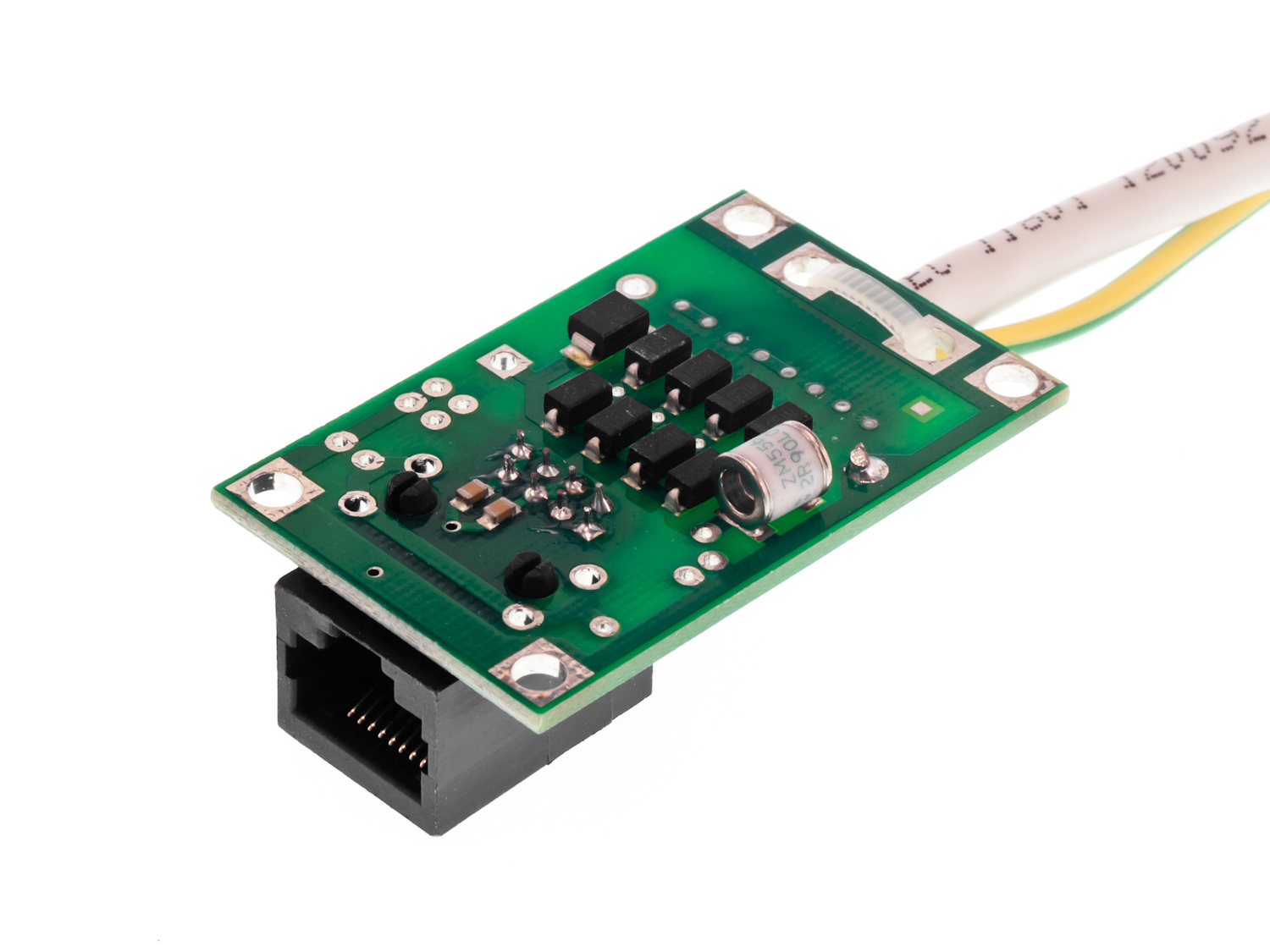 City dwellers should be careful with unscrupulous providers. They may well lay a network cable along the facade, having previously wound it around a lightning rod. Laying a twisted pair cable along the facade significantly increases the risk of network equipment failure in the event of a thunderstorm, so if your provider ignores safety precautions, we strongly recommend using lightning protection. The device should be connected at both ends of the cable to be protected from interference.

«Maxnet» cares about the safety of subscribers and their equipment, so the cable is laid strictly according to the rules, switches with built-in protection are used, and all trunk lines are built using fiber optics. 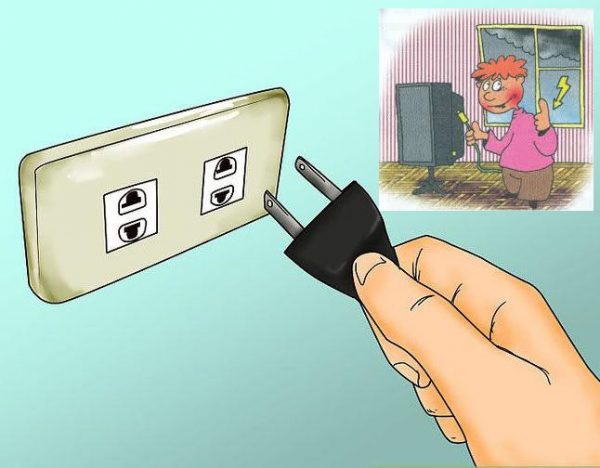 To protect yourself and household appliances, follow these simple rules:

There is an opinion that a mobile phone can attract lightning to a speaking person, so the gadget must be turned off. This has been tested many times and has never been confirmed. The radiation power of a mobile phone is not enough to cause a charge on itself.

If you go out into a field during a thunderstorm with your phone in your hands, the probability of being struck by lightning will be the same as if you were carrying a newspaper with an article about the need to turn off your mobile. The only danger is that when struck by lightning, the phone will behave like any metal object and leave burns on the hands and head.

The laptop will certainly not become a source of danger: it is quite possible to use it in a thunderstorm, without forgetting to first disconnect the device from the network.

Thunderstorms are only to be seriously feared if you live in a rural area. Telephone cables and power lines there are still brought to the houses by air, while in cities they have long been laid underground.

Summing up, we can say that, observing elementary security measures and sitting at home, you should not be afraid of thunderstorms. Installation of lightning protection devices will help to avoid the influence of induced voltage only if there is a reliable grounding, and in the event of a direct lightning strike into the house, any device will be powerless. Therefore, it is better to disconnect everything from the network. The use of mobile, tablets and laptops is never the main cause of lightning strikes. Also, do not forget that in the rarest cases, a lightning strike occurs in an absolutely inexplicable place, and it is impossible to insure against such a factor.